Making complicated things simple, that’s what drives me. It was one of the main reasons for me to study Applied Physics in Eindhoven, a programme that focuses extensively on understanding the what and the why and on discovering analogies and structures. At the same time, I could not and did not want to choose between becoming a physicist or a musician. Going to the conservatory and studying physics on the side didn’t appeal to me, so I did it the other way around. Whenever I got a chance to get out of the lecture halls, I would play in bands, work as a sound technician during concerts or create music for an ad agency.

In hindsight, “leading” musicians was a perfect way for me to learn how to lead multidisciplinary teams in the world of business. The combination of totally different personalities, the elusive nature of the creative process, the desire to be the best, being driving by passion rather than a business case and youthful naiveté posed a lot of challenges, but also gave me countless valuable insights. My first self-organizing team.

Working in both creative and more traditional structure-oriented organisations has shaped me and made me realise that you cannot have one without the other: methods (hard skills) versus behaviour (soft skills), structure versus freedom, people versus organisation, substance versus management, left brain versus right brain – you need both and you will have to learn to find the right balance! Later, I would summarise this challenge as: I’m the project leader in the band and the artist in the development team.

After graduating, I started my professional career in 1995 at DAF Trucks. I worked as a fuel-injection and engine management specialist in the Engine Development department. DAF Trucks proved to be a physicist’s Valhalla: building a truck requires all disciplines, learning to think in terms of system development and a complex organization that included product development, production, sales, customer support, etcetera. The company handled its own production in a facility right next to the development building. Where else in the Netherlands can you still find that?

Was I a project manager even then? No – and yes. First and foremost, I was a technical specialist, but the project had to move forward. That automatically made you a foreman of sorts for the projects you were involved in. It was a nice combination, but I felt like project management was little more than an afterthought. Then I reached that crossroads that so many of us eventually face: did I want to specialise or broaden my knowledge? The substance was extremely interesting to me (and I wouldn’t want to do without it), but I realised that what I wanted most of all was supervise the entire process. I chose to develop myself further as a project manager.

That ultimately resulted in me spending several years in the field of software development (CAE, Ordina), for two reasons. First of all, I wanted to learn to let go and scape up and that’s easier when you have team members who are doing things that you cannot do better yourself. I knew a thing or two about programming, but I had never done so in a professional capacity. In the software development sector, I would truly have to learn to trust in my team. Secondly, it was the late 1990s and I was seeing a change with regards to the position of software development. As a software architect aptly put it later: the system’s software was the glue (that held everything together after the fact) and became the blood (which determines the primary user flow). I wanted to be a part of that!

In 2004, after overseeing software development projects at Philips and Vanderlande Industries, among others, I became a programme manager at Assembléon (currently part of Kulicke & Soffa), a high-tech machine development company with a product development department with a staff of 250. As a programme manager, I held final responsibility for one of the four product lines and all related projects. My personal goal as a programme manager was to learn to direct the project managers and allow them to grow based on their own management style. I didn’t want to create copies of myself; I wanted them to make use of their own inherent strengths. The person behind the project manager makes all the difference! Over the course of a few years, I became head of all programmes and ultimately head of product development. This was a fantastic period with ups and downs, during which I was able to expand and implement my experience and ideas with regard to project management and product and organisational development.

In 2010, after leaving Assembléon, I got a strong urge to share what I had learned with others. Let’s be honest: the best way to learn is by teaching others. At Holland-Innovative, I get to combine teaching Project Management masterclasses with coaching, interim project management and strategic consultancy. As I’m a big fan of cross-pollination, I’m not only active in the high-tech field, but also in the agro & food, medical and automotive sectors. I try to remain as independent as possible, because that enables you to focus on what the client truly needs and create an environment in which you get to make sustainable choices that help a business in the short and – perhaps more importantly – long term.

My motto is: simplify, connect, inspire and realize! 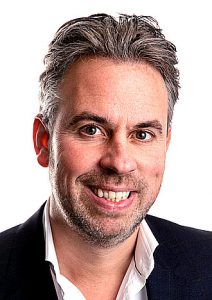